A forex interest rate trading strategy can be a source of passive income when forex trading. The use of a carry trade is a trading strategy that does not rely on the need to forecast market movements to generate returns. 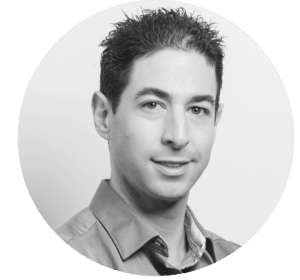 With over 20 years investing experience and 10 years of trading, Justin co-founded Compare Forex Brokers in 2014. He has worked within the foreign exchange trading industry for several years and for several of the largest banks globally. He has an Honours in Commerce and Masters degree from Monash University. He also owns Innovate Online offering digital marketing services with over 20 employees. 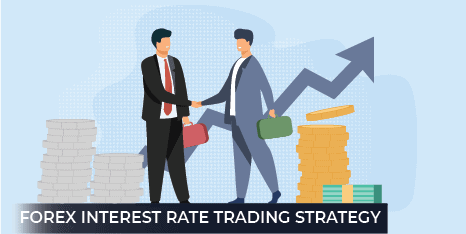 This forex interest rate trading strategy guide will look at how you can earn passive income from forex trading. There are countless trading strategies out there but none of them can guarantee you a profit. If you want to generate stable returns in the forex market, you can take advantage of what is known as the carry trade.

The carry trade is the only trading strategy that can make you a profit without the need to forecast the market direction. By collecting daily interest payments from the interest rate differential you make a profit. 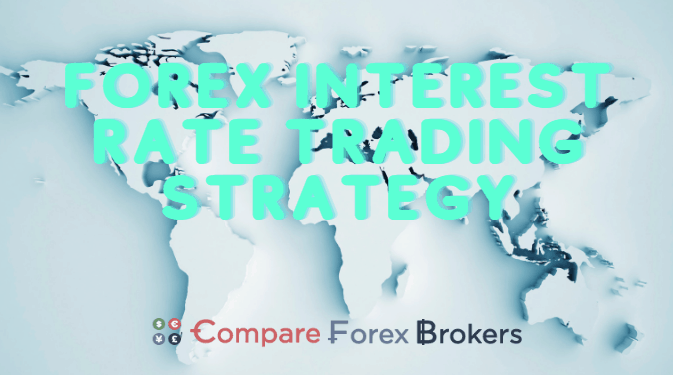 By the end of this guide on forex interest rate trading you’ll learn the following:

What Is Carry Trade Trading?

Carry trade trading is best described as a trading tactic where you use a high-yielding currency to fund trade with a low-yielding currency. The aim is to take advantage of the interest rate differential.

Interest payments occur every business day at 5:00 PM EST which is when the open position rollover. The 5:00 PM EST is considered to be the standard closing time in the 24/5 forex market.

In the forex market we can recognise two types of carry trades: 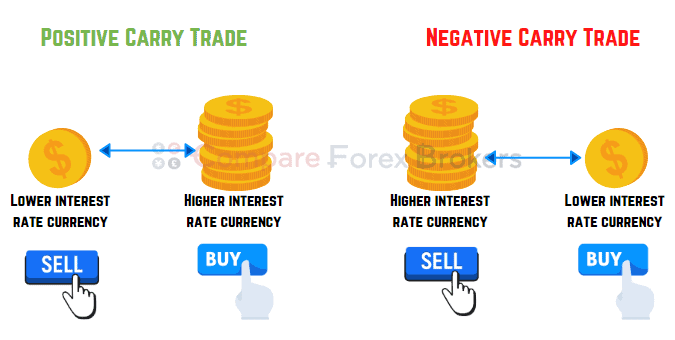 What Is An Interest Rate?

The table below reflects the current interest rates in the world’s major economies, as of Dec 2021.

Note* High-interest rate currencies are USD and CAD, and on the other side of the monetary policy spectrum, we have low-interest-rate currencies like the Japanese Yen (JPY) and Swiss Franc (CHF).

A list of the most influential central banks around the world is presented below:

What Is An Interest Rate Differential?

Note* High yielding currencies tend to attract more capital and are more likely to rise over the long term.

There are different ways to calculate the interest rate differentials:

How Do Carry Trade’s Works?

When you buy and sell a currency pair, you’re simultaneously buying one currency pair and selling the other currency pair. Just like other financial markets, prices in the forex market use a two-way quote system. In the two-quotation system, the first currency quoted is the base currency, while the second currency is the quote currency.

Below we’ll breakdown the step-by-step process behind the carry trade:

Example Of A Carry Trade

For example, as of Dec 2021, the national interest rate for the two currencies that makes up the AUD/USD pair is as follows:

The interest rate differential between the two currencies is 0.15%. A positive carry trade strategy would be to go short or to sell the AUD/USD FX pair. By going short AUD/USD, you’re basically selling Australian dollars and buying U.S. dollar. The 0.15% will be paid out daily after the 5:00 PM rollover time in New York. The amount debited in the form of the rollover fee will also depend on how big your forex position would be.

Although USD 0.31 seems like a small amount when leveraged is involved and the position is held open for the long-term, over time it can provide a substantial interest income.

Next, we’re going to discuss how interest rates affect currencies.

Central banks interest rates are the main market forces and drivers of currency exchange rates. Ultimately, interest rates will determine the long-term trend of a currency pair. At the most fundamental basic level, we have a strong correlation between the foreign exchange market and the interest rate set by a central bank.

As a general rule, this is the relationship between interest rates and foreign currency rates:

When the expected rate of interest changes, the currency will generally follow in line with that change. In this regard, the central bank interest rate decisions have the power to alter the exchange rate fluctuations.

The table below outlines the 4 different market scenarios interest rate expectations can impact the exchange rate.

The Pros And Cons Of The Carry Trade

In addition to collecting the interest rate differential that the carry trade strategy provides, another advantage of carrying trading consists of the profits that come from currency appreciation.

In the previous example, where we sold the Australian dollar and bought the U.S. dollar, the AUD has fallen against the US dollar. Therefore, in addition to collecting the USD 0.31 interest payment, you also benefited from the downward move in the AUD/USD exchange rate.

In the global foreign exchange market, smart money will always follow the currency with a higher interest rate. So, broadly speaking you’re trading in the shadow of the smart money. This is another major advantage of carrying trading. 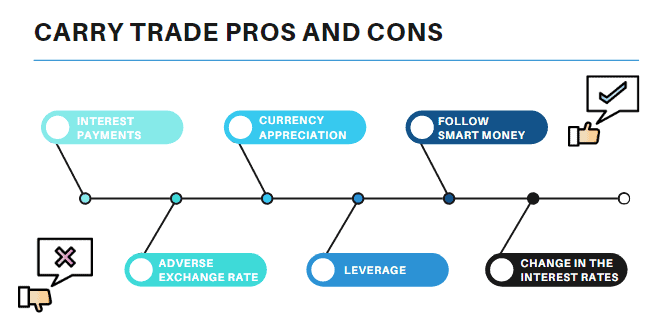 The Risks Of Carry Trade In Forex Trading

Secondly, the majority of FX trades are highly leverage transactions which mean that even small adverse movements in the exchange rate of the carry pair can result in large losses.

Lastly, another risk of the carry trade comes from changes in the actual interest rates. Central banks around the world can alter the interest rate of their respective country at any time if the economic conditions are changing.

To increase our chances of success with the forex interest rate trading strategy, we need to have a mechanical process put in place. This will enable us to overcome our emotions and will give us a grounded base in deciding what the best carry trades are.

Follow these 4 practical pieces of advice to building a winning trading plan around the carry trade.

How to Choose a Currency Pair?

When we pick a currency, it’s not enough to choose the currency with the highest interest rate. The best currency candidates for the carry trade must come from a country that provides a degree of financial stability.

As of 22 Dec 2021, among the G20 countries, Argentina and Turkey have the highest interest rates, but at the same time, there are higher downside risks associated with the Argentine Peso (ARS) and Turkish Lira (TRY) exchange rate. 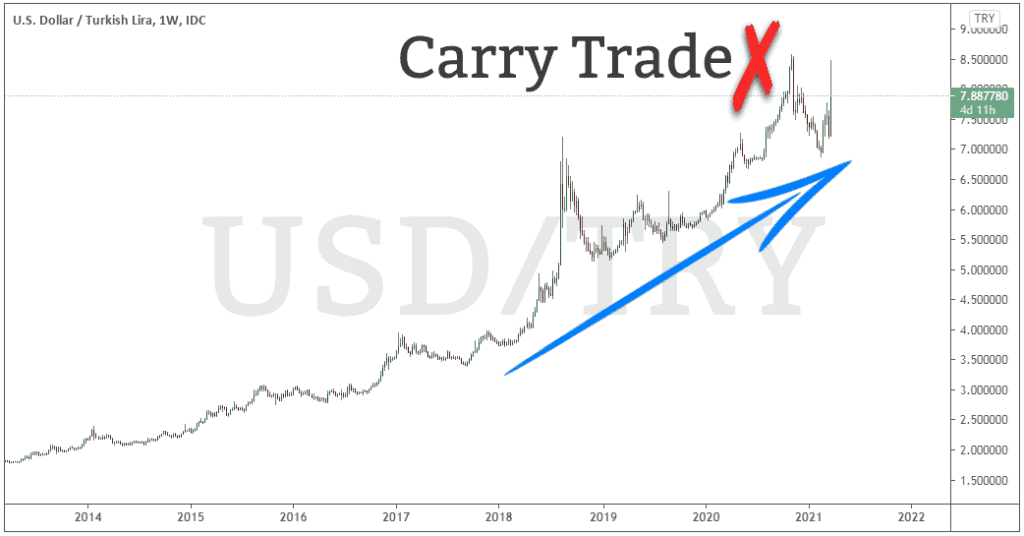 On the other hand, if you think of trading the EUR/USD as the single most widely-traded forex pair in the forex market, you run into two issues. First, the interest gap between the two currencies is thin and secondly, the EUR/USD exchange rate is not favourable to the carry trade.

The table below is a list of the G20 countries ranked by the interest rate set by the respective country’s central bank.

In this regard, it’s best to look at currencies from countries with a stable financial system. For example, over the past decade, the Swiss Franc (CHF) and Japanese Yen (JPY) have been considered safe-haven currencies for the carry trade due to their low interest. At the same time, popular higher-yielding currencies are New Zealand Dollar (NZD) and more recently the U.S. dollar (USD).

Nowadays, interest rates have sunk to historically low levels and are near zero in most developed countries (Eurozone 0.0%, United Kingdom 0.1%, Japan -0.1%, Switzerland -0.75%, etc.). As a consequence, the FX carry trade in 2021 is harder to exploit than a decade ago.

However, carry trading isn’t dead in 2021, either!

It’s still possible to find good carry trade opportunities as long as we think outside the box.

For example, Switzerland has a -0.75% interest rate and the United States have a 0.25% interest rate. In this regard, if we would like to take advantage of the interest rate differential, we need to buy USDCHF. Year-to-date the USD/CHF pair has been outperforming other FX pairs, which makes it the perfect candidate for the carry trade. 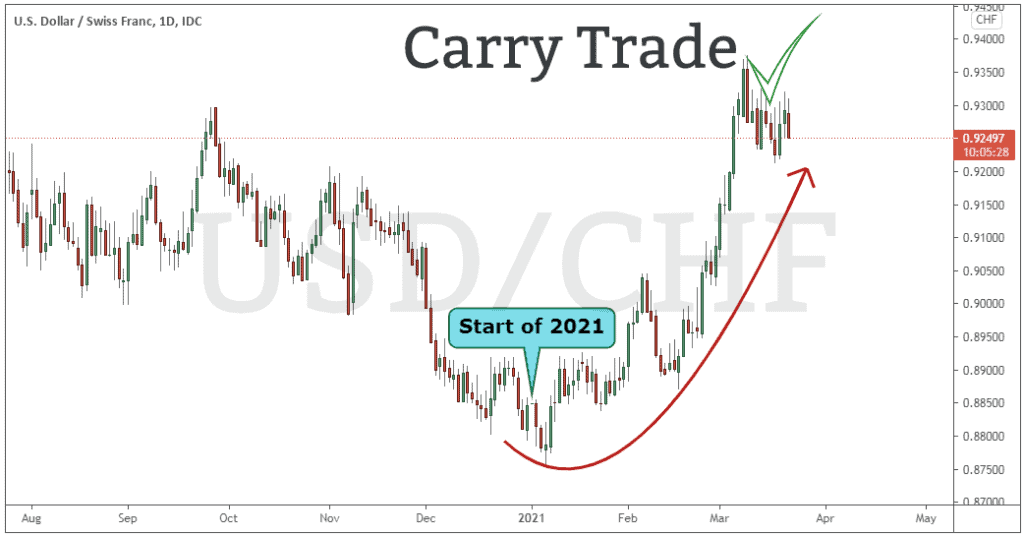 It’s also important to be aware of the fact that the swap rate credited or debited to your forex trading account is not necessarily the interest rates set by the central banks. In this regard, the swap fees vary enormously among forex brokers and across different FX pairs.

The second critical step you need to take before establishing a carry position is to compare the swap fees among different forex brokers and choose the one that is paying the highest interest rate for the currency pair you want to trade. This is not a market maker.

In the table below you can compare the best carry trade pairs in 2021 and their respective swap fees with some of the best forex brokers.

3) The Best Time to Get into A Carry Trade

4) Hold the Carry Trade for the Long-Term

The basic aim of carrying trading is to collect interest payments from high yielding currencies. In this regard, the longer you hold onto the carry trade the more money you’ll collect from these interest payments.

To be profitable with the carry trade strategy you need patience. To trip the full benefits of the carry trade, you need to view carry trading as a buy-and-hold type of strategy. But do keep in mind that in order to protect yourself from short-term adverse price movements you still need to use a stop loss to safeguard your profits.

Check out our guide if you want to understand what stop-loss orders in forex trading are.

Carry trading is more suitable for those with a full-time job or career that want an additional source of income. The forex interest rate trading strategy is not compatible with traders that want a steady income stream from the forex market. For short-term trading, there are better trading strategies and more tradable instruments (CFDs) where you can find more trading opportunities.

Risk Disclaimer: To be profitable with the carry trade strategy, the profits collected from the interest rate differential need to surpass any adverse exchange rate movements.

With over 20 years investing experience and 10 years of trading, Justin co-founded Compare Forex Brokers in 2014. He has worked within the foreign exchange trading industry for several years and for several of the largest banks globally. He has an Honours in Commerce and Masters degree from Monash University. He also owns Innovate Online offering digital marketing services with over 20 employees.