Pepperstone offers two accounts with the lowest Pepperstone spreads coming from the Razor account which has low commissions and ECN spreads from 0 pips for EUR/USD due to no dealing desk allowing low-cost forex trading across 80+ currency pairs on the leading forex trading platforms including MT4.

View the complete Pepperstone review or the spreads review below.

Justin Grossbard has been investing for the past 20 years and writing for the past 10. He co-founded Compare Forex Brokers in 2014 after working with the foreign exchange trading industry for several years. He also founded a number of FinTech and digital startups including Innovate Online and SMS Comparison. Justin holds a Masters Degree and an Honours in Commerce from Monash University. He and his wife Paula live in Melbourne, Australia with his son and Siberian cat. In his spare time, he watches Australian Rules Football and invests on global markets. 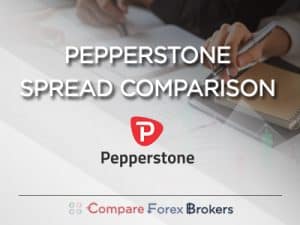 Pepperstone has two main accounts for CFD and forex trading. The standard account is for beginner traders with no commissions but higher spreads. The razor account has the lowest ECN broker spreads and commissions. The Razor account spreads are compared below and you can view the standard vs razor account comparison table to understand more about the differences between the two.

With the Razor account the most popular trading account across the MetaTrader 4, MetaTrader 5 and cTrader platform, this analysis looks at those spreads first.

88% of forex trading involves the US Dollar so spreads to this currency are critical. Below shows three popular USD forex pairs with Pepperstone Razor account extremely competitive compared to similar ecn brokers.

Asia Pacific remains one of the fastest-growing regions in the world with Australia and Singapore leading the way. In fact, within Australia, the number of retail foreign exchange traders increased by 121% between 2017 and 2019. Below shows two major Australian Dollar pairing (AUD) and one Singapore Pairing (SGD) which is the other financial services hub in the region.

The commissions set by Pepperstone for Razor account customers is based on the forex trading platform chosen and currency pair selected. This is detailed now focusing on the three main forex platforms.

The most popular forex trading platform in the world is MetaTrader 4 (MT4) with most Pepperstone customers selecting this software. Pepperstone offers 10 base currencies with the commission based on the trader’s selection. The table below shows the 2020 commissions.

Pepperstone was found to be the best MetaTrader 4 broker in the world based on the low spreads and commissions shown above. In addition, Pepperstone won one of the speed test categories for MT4 (market execution) and has award-winning customer service. You can view our full MetaTrader 4 comparison by clicking on the button below.

Unlike MT4 which was designed purely for currency trading, MetaTrader (MT5) is more tailored for CFD traders. For example, only MT5 allows share CFDs to be traded with Pepperstone. Those looking to trade cryptocurrency and index CFDs also often preference MT5.  You can view our MT4 vs MT5 guide if you’re not sure what MetaQuotes platform to select with Pepperstone.

Traders often choose the cTrader platform due to the unique programming language allow automated trading to occur. The cTrader commission rate is based on a 7 unit charge per lot. This is based on the first currency displayed in any currency pairing. For example, the EUR/USD will result in a EUR €7 per lot traded. Pepperstone converts at the market rate this amount to the traders base currency.

Summary Of Pepperstone Spreads And Commissions

Across a number of currency pairs, Pepperstone has either the lowest or competitive spreads. The broker also has commissions similar to most other leading ECN brokers in the industry. They also don’t have hidden fees such as deposit or withdrawal charges on the Razor account.

Competitive commissions and low spreads is why Pepperstone is the fastest growing broker.

Razor is recommended for any trader looking to minimise their brokerage while trading forex or CFDs.

A pip is a price interest point. Which makes perfect sense if you have an intermediate level of Forex knowledge but we’ll go ahead and explain this just a little further. A price interest point is a way to measure the smallest amount of change that can occur in the exchange rate between a currency pair. A currency pair is the two currencies that are being exchanged or bought and sold. You need to be aware of what the pip you’re dealing with is as it can mean the difference between a slight hiccup and a huge loss.

At this point you probably want to know what the Pepperstone spreads we’ve been talking about are so we’ll make this as simple as possible. If you use an online broker for CFD trading anything from commodities and currencies to securities then you’ll no doubt be aware that your broker needs to be paid for their services. Usually, this payment is in the form of a fee or commission. Most people are familiar with how commissions work and spreads aren’t too different. A broker who charges a commission will be taking a cut of the pip. A trade will involve a bid and an asking price; the spread is the difference between the two. 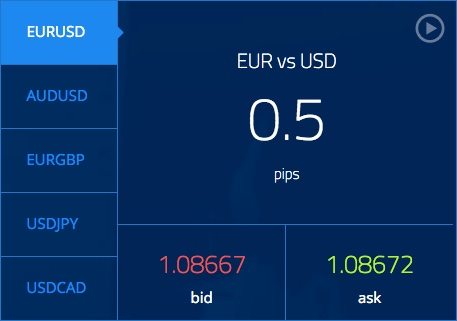 A broker who charges clients on a percentage of spread basis will either have a variable or fixed spread. A fixed spread will be the same regardless of market fluctuations and is offered by some broker such as City Index andeasyMarkets. In contrast, a variable spread will fluctuate with the market. All of these have their advantages and disadvantages and you’ll need to weigh them up based on your circumstances. Pepperstone spreads are variable and start at just 0.1 pips on the AUD/USD pair.

What Are Currency Pairs? 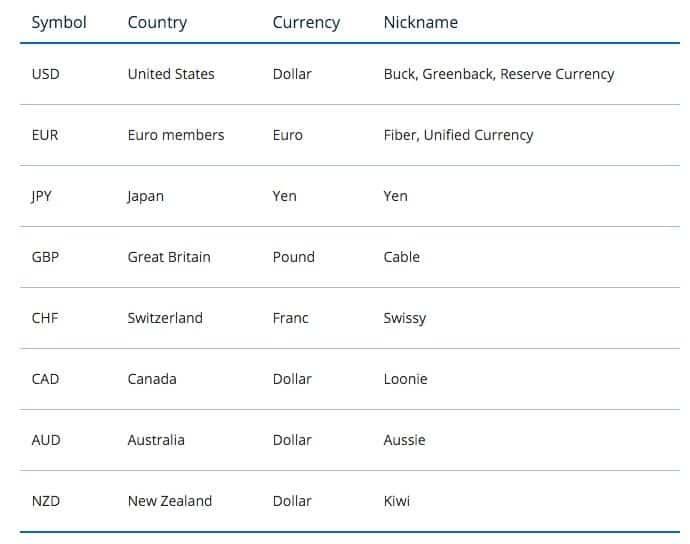 What Makes Pepperstone’s Services So Competitive?

Customer service and assisting clients in combination with a low minimum deposit is at the heart of what Pepperstone is all about. Pepperstone spreads are some of the most competitive in the industry and are designed to give their customers that extra edge. The company seems to have taken to heart the trader’s desire for a fast and convenient Forex and CFD trading environment and has combined software that supports efficiency with some of the best spreads in the market, however it should always be remembered that traders are at high risk of losing capital.

Every trader can find their perfect broker based on their needs so the simple answer to finding a competitive Forex broker for yourself is to look at your needs and weigh up the offers of each broker. Some might find a broker who works with variable spreads more appealing to them, while others might prefer fixed spreads. If you’ve gotten this far down and aren’t quite sure what spreads or pips are we delve into this further below.

We established in our Pepperstone review that they are a very impressive firm. As we’ve gone through the basics of Forex trading it should be clear to you that it is as complex as it is lucrative. A trader who wants to make money has to balance time, resources and risk and needs to completely understand jargon such as pips, index CFDs, commissions and spreads. Pepperstone spreads tend to start as low as 0.00 pips compared to IG Markets. The company also utilises the best and most reliable software in the industry. They value their customers’ time and money, which is why they have stated that they aim to provide individual traders with institutional-level resources. They keep costs low, efficiency high, and customers happy. What’s not to like.

Pepperstone Spreads & The Level Of Competition in The FX Industry

Forex is one of the most popular trading or investment classes in the world and is growing at an incredibly rapid rate. Over the last few years, the Forex market has grown into a $5 trillion a day market as savvy traders flock to try and turn a profit from currency speculation.

This increased interest from investors has brokers in the industry striving to become standard setters in this incredibly competitive industry. While these brokers’ list of services have made it easier and more accommodating for traders, with many companies offering similar services now, it’s pretty difficult to choose one broker over another. Pepperstone has positioned itself to be the best of the best when compared to FXCM and OANDA, not just in Australia, but in North America, Europe and Asia too.

Why do I need a broker?

In this modern world of online trading where markets are more open, it’s easy to understand why you might question the need to bother with a broker at all? After all, many industries have moved away from relying on service companies. However, Forex is a little different as it is highly volatile and incredibly easy to lose your money due to poor software. Firms like Pepperstone and GO Markets offer their clients experience, skill, and access. The foreign exchange market is one that is fuelled by exchange rates, hence the name. A broker will have faster access to rates and information than someone not in the industry highlighting the importance of a broker. Foreign Exchange doesn’t happen in a centralised location such as the NYSE in the United States. Instead, it is broad and scattered, which makes brokers even more essential in this decentralised system. A broker’s job is to act as your agent to get you the best price possible. They are critical for traders of every level of experience. 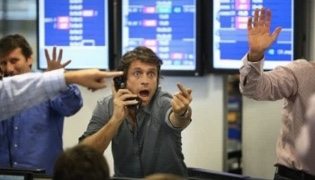 This spread update was last updated on the 13-01-2020. View the Pepperstone website if you want to view the latest spreads information which is published regularly.

Justin Grossbard has been investing for the past 20 years and writing for the past 10. He co-founded Compare Forex Brokers in 2014 after working with the foreign exchange trading industry for several years. He also founded a number of FinTech and digital startups including Innovate Online and SMS Comparison. Justin holds a Masters Degree and an Honours in Commerce from Monash University. He and his wife Paula live in Melbourne, Australia with his son and Siberian cat. In his spare time, he watches Australian Rules Football and invests on global markets.